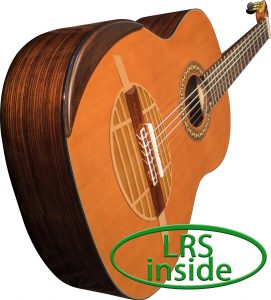 LRS construction, developed by the Classical Guitar Master Luthiers Kauko Liikanen and Uwe Florath, can be found in Kantare® Guitars.

The LRS construction benefits guitarists of every level:

Technically speaking about the basis of these advantages, here they are expressed by the inventors themselves with more precise and professional terms:

”The sound of an LRS guitar is very sensitive and responsive with an exceptionally good sustain, because the vibration energy produced by the strings is evenly shared to the soundboard via the stiff middle area. The resonance curves of the LRS top are more even than in traditionally built guitars. There are no high gained amplitude peaks which yield to an inharmonic sound and often also to wolf notes in the descant frequency range. LRS allows better balance between the mass and the stiffness of the guitar soundboard.” 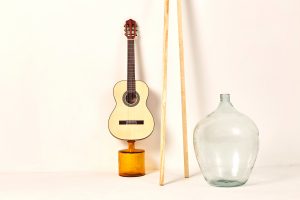